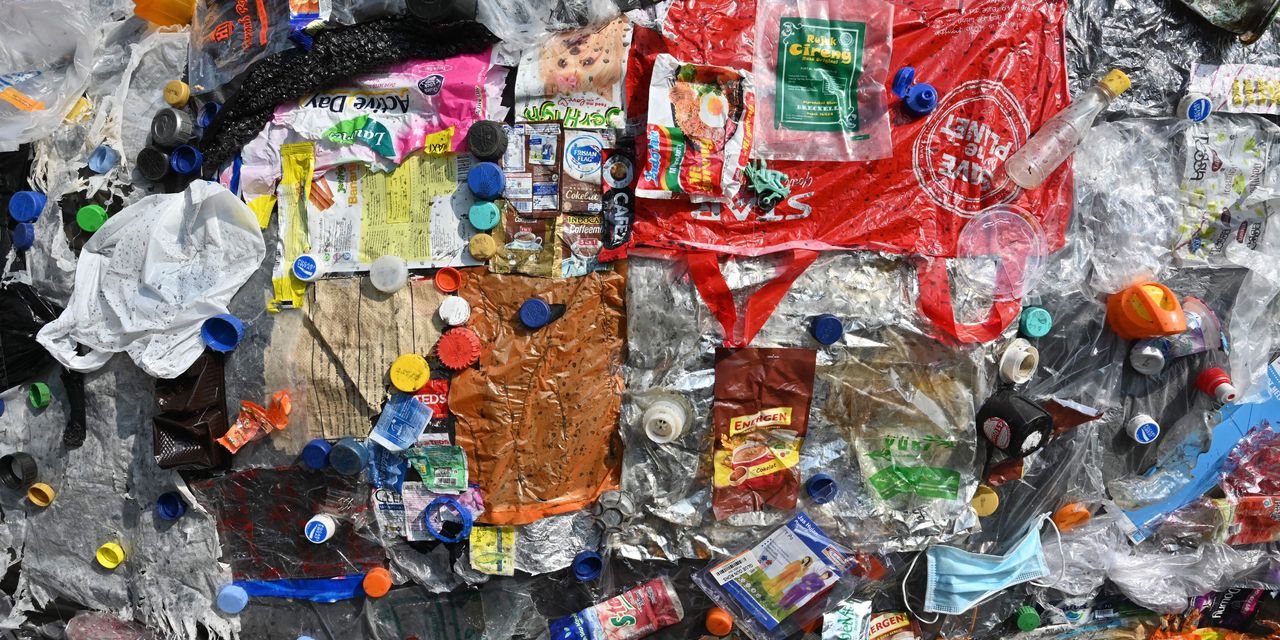 Australian billionaire and philanthropist Andrew Forrest is working to transform the market for producing plastic so that it’s cheaper to make it from recycled material than from fossil fuels.

Forrest’s plan, announced at the United Nations on Wednesday, hinges on a voluntary contribution by businesses in the plastic supply chain—both producers and users—that will make it more expensive to make plastic from oil and gas than from plastic waste. Currently, plastic is slightly cheaper to make from fossil fuels.

“We need a solution, something that can happen at speed and at a global scale,” Forrest, 57, said in an interview in New York, just ahead of the U.N. announcement. “The only association in the world that can do that is business.”

The Coca-Cola Co., Walmart , Tesco , Unilever , and Reliance Industries , the largest plastics group in India, are among the corporations that have agreed to participate in the voluntary plan, which will increase the raw cost of making plastics by fossil fuels by about US$300 to US$500 a ton—depending on the kind of plastic. Forrest is in discussions with other major companies about the voluntary contribution as well, including Saudi Aramco, which is supportive.

The dollars raised from this voluntary payment will fund an initiative called Sea the Future. Forrest’s family foundation, the Minderoo Foundation, announced on Wednesday that it is seeding the effort with a US$300 million donation.

Forrest, the former CEO and current non-executive chairman of Fortescue Metals Group, the Australian iron-ore producer, has been interested in the ocean environment since he was a child and saw the damage to coral reefs caused by fish trawlers. Only three days ago he turned in his doctoral dissertation in marine biology to the School of Biological Sciences at the University of Western Australia, in Perth, concluding the major recurring threat to the marine life is plastic.

“The PhD taught me more about marine death than marine life, and the trillions of species that senselessly die because of plastic,” Forrest says.

A paper Forrest co-authored in the journal Frontiers in Marine Science, published on Wednesday, points out that plastic waste costs society US$2.2 trillion a year. Yet it continues to be produced on a massive scale.

“Of the 6.3 billion tonnes of fossil fuel-derived plastic (FFP) waste produced to date, only 9% has been recycled; the rest being incinerated (12%) or dumped into the environment (79%),” the paper says.

A voluntary contribution to fund an industry transition will be effective because “it makes every bit of plastic an article of value,” Forrest says. Although that added value should be “barely noticeable to the consumer,” it makes it economical, particularly in poverty-stricken countries that are riddled with plastic waste, for individuals to pick it up and recycle it.

“Plastic goes from a toxic waste and threat to human and animal life to a resource to send kids to school,” Forrest says.

A similar trajectory happened with scrap metals, which once littered the environment until the industry recognized the value of recycling it. Today, Forrest says his biggest competitor in the global iron ore industry is scrap recycling. “I’m grateful for it,” he says. “We have to get to the same point with plastic.”

The voluntary levy is expected to raise at least US$20 billion a year—“a conservative estimate,” according to Forrest—to support the industry’s transition to deriving plastic from plastic waste and to eventually fund clean-up of the oceans and environment that are polluted by plastics.

Initially, 90% of the fund will support the industry transition, but Forrest expects that in five years, at least half of the dollars raised can support clean-up efforts.

According to Forrest, all plastic can be converted into new plastic.

“There isn’t a plastic we can’t treat—it’s not technical, it’s economical,” Forrest says. Once the weight is shifted to make the costs higher to produce fossil-fuel derived plastic, “the world turns to polymers from waste instead of polymers from fossil fuel, and in a few years, we have no more plastic waste.”

Making this vision of a “circular economy” work in practice, however, will take more businesses, including plastic resin producers, to come on board, and the approval of governments and regulators, steps Forrest is acutely aware need to be taken.

“This is a pass-through voluntary contribution, which will need to be allowed by the governments, who will instruct regulators to not invoke antitrust where common good applies,” he says.

Forrest spoke with U.S. government officials at the White House over the weekend, and said he received a “warm” initial reception to the initiative.