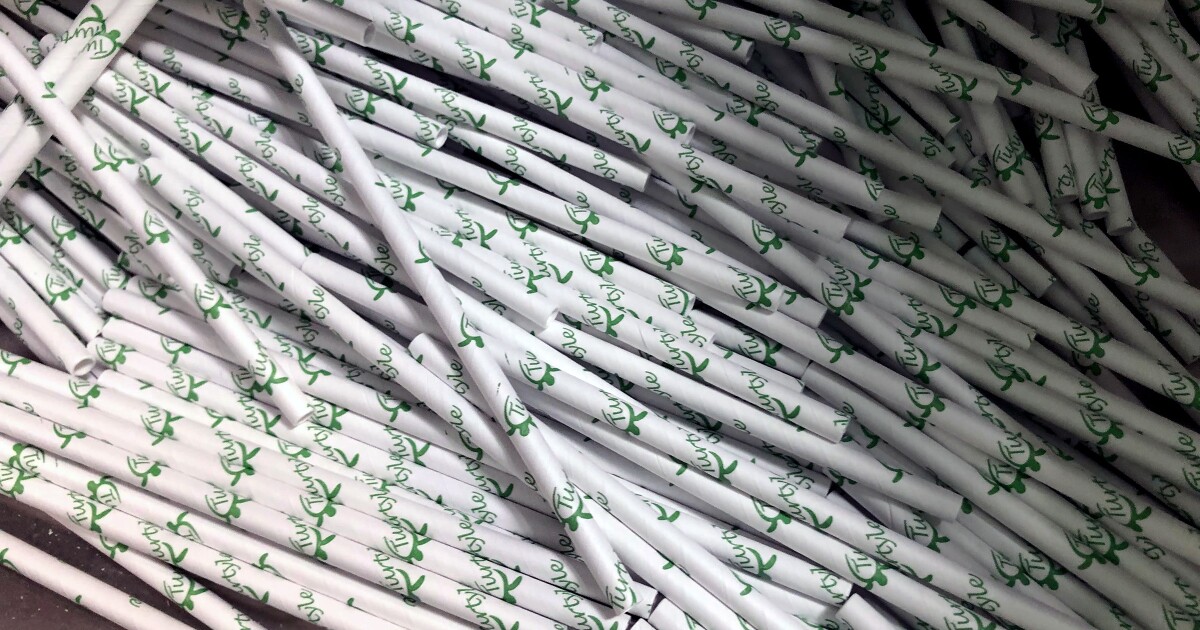 A new Burbank business is looking to ride the wave of new sustainability-focused products aimed at making the environment cleaner.

Officials at Turtyle, a paper-straw manufacturing business based in Burbank that launched this month, hope that the company’s products help Burbank in its quest to improve sustainability in the community and the world.

Vic Germani, a spokesman for the company, said one of the founders of Turtyle, Gagik Panosyan, was inspired by a video made by Christine Figgener, a marine conservation biologist, that showed a sea turtle struggling with a plastic straw up one of its nostrils.

After watching the video, Germani said Panosyan and the other founders wanted to be a part of the green movement and set out to develop an alternative to single-use straws.

“Turtyle straws are biodegradable, 100% chemical-free and everything is very safe,” Germani said. “The products that are used to assemble the straw — the paper, the ink and adhesive — are all made in the U.S.A.”

While Turtyle’s headquarters are in Burbank, its manufacturing plant is located in Lancaster.

Germani said Burbank was selected as the base city for Turtyle because of what it has done, so far, on the sustainability front.

In July, Burbank voted to hire a consultant to help the city draft an ordinance that would ban businesses from using expanded polystyrene, commonly known as Styrofoam. Additionally, the city has been focused on being a zero-waste community.

Turtyle offers paper straws in a variety of configurations — from cocktail straws to wider-diameter straws for boba.

Restaurants and businesses can currently make bulk purchases of the straws from Turtyle’s website. However, Germani said people who are looking to buy them for their homes will have to wait.

Paper straws have gotten a bad rap from some people who claim they are too flimsy and disintegrate while being used.

Germani said Turtyle’s straws are sturdier and last longer than their competitors.

“Hopefully, when people get a hold of Turtyle straws, they can see the difference,” he said.

Support our coverage by becoming a digital subscriber.