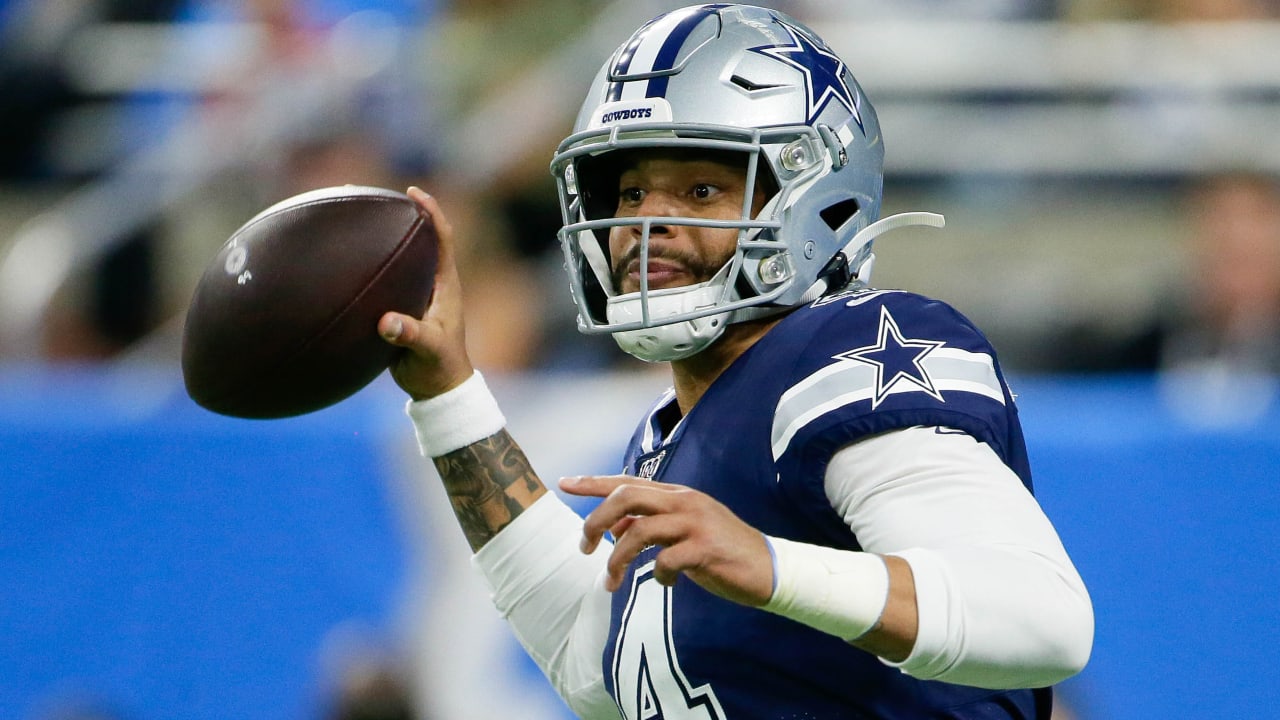 DETROIT – Back in the offseason, Stephen Jones made headlines when he called Ezekiel Elliott “the straw that stirs the drink.”

While I definitely agreed with the statement, I also wondered if that comment might’ve led Zeke and his camp to purse a new contract. If you’re the guy that’s making things happen, then you should be paid for it.

Well, that being said, maybe the Cowboys need another straw.

Because right now, Dak Prescott is stirring this Cowboys’ drink. He stirred it up pretty well on Sunday in Detroit and he’s been doing it all season.

Again, this is absolutely not a knock against Zeke in any way. But it’s very obvious that teams are not going to allow the running game to just run over them like the Cowboys have done to so many teams over the last few years.

Defenses are going to continue to force Dak to beat them. It doesn’t always work as we saw last week in Minnesota, although Prescott arguably played the best game of his career despite the loss.

But if that wasn’t it, maybe Sunday in Detroit was his best. He threw deep posts to receivers, deep outs, crossing routes, underneath throws, screens and just about anything else you’d could imagine.

Oh, and he threw the ball in a variety of ways, too. Mostly overhanded, of course, but when the situation called for him to drop the elbow and fire off a side-armed throw like he was a middle reliever, Dak showed he can do that, too.

Was he perfect? No, of course not. That’s why his passer rating was 116.6 and far from a perfect score of 158.3. So what if he completed just 29 of 46 passes. Anyone who rips off 444 passing yards with three touchdowns and no interceptions and was only sacked once had themselves quite an afternoon.

While you could argue that Dak is one of the quarterbacks that needs his playmakers to shine and make him look better, that wasn’t the case on Sunday. His two best weapons – Amari Cooper and Elliott – were both limited for different reasons. Cooper was banged up and only had three catches despite eight targets. Zeke was the center of the Lions’ attention on defense and never had much room to roam. Still, Dak made the most of what they gave him, putting up huge numbers.

That’s the sign of a quarterback who can take over a game. You take away Cooper and Zeke and he still scorches the defense with Michael Gallup getting nine catches for 148 yards and Randall Cobb adding 115.

What was even better was the fact that Dak targeted four different players at least seven times. Cooper had eight targets and Jason Witten had seven, even coming up with a key third-down catch over the middle.

Take your pick on your favorite sports cliché, but they both apply in this case. Dak is taking what the defense is giving him and showing that it’s a simple case of “pick your poison.” Teams are taking away Zeke with crowded boxes and even spying safeties and linebackers.

But for the most part, it really hasn’t mattered. And it’s not just lately, but all season. Aside from the Saints game where no one on offense could break through, Dak has managed to play rather well in just about every other game. Green Bay was a struggle at first, and it cost them on the scoreboard, but he still rallied the team and passed for over 400 yards. I don’t fault him much for the Jets game when the offensive line and receivers were so banged up.

The fact is, the Cowboys have the No. 1 offense in the league after 10 games, and the reason for that has been the quarterback.

Zeke still might be the straw that stirs this drink. But it seems like a strong enough drink for two straws.

Because nobody is mixing it up better than Dak right now.