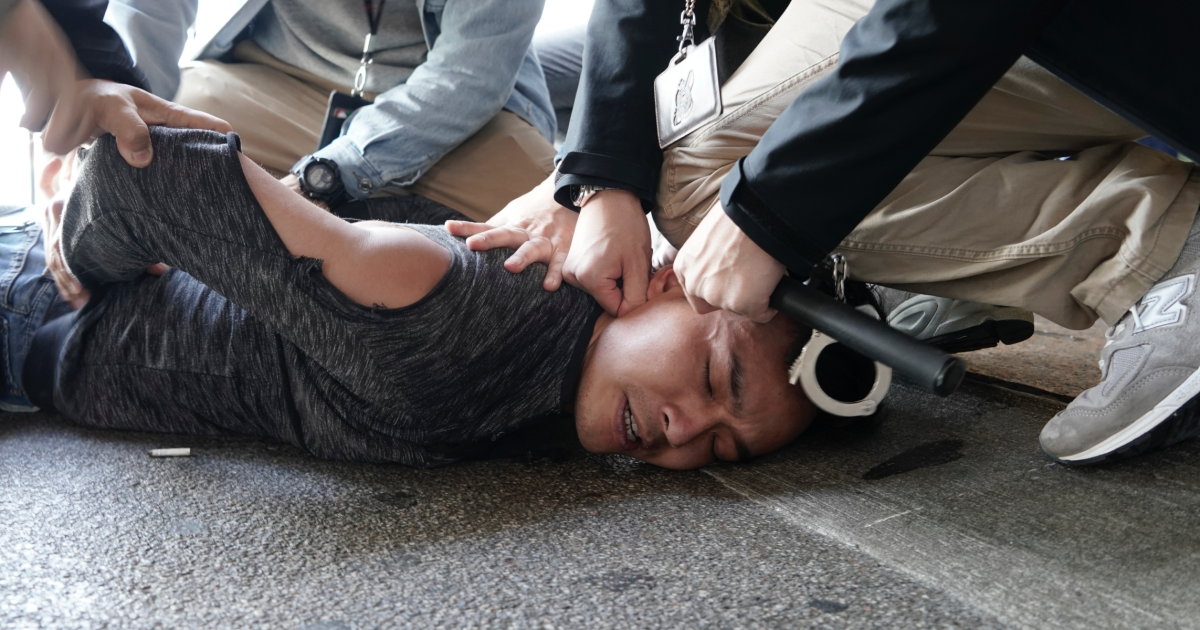 The Atlantic’s Jemele Hill on Sunday defended the NBA’s subservience to the murderous Chinese Communist Party.

“Recently, the National Basketball Association faced a torrent of criticism from several notable Republicans … for supposedly prioritizing its business relationship with China — a repressive foreign dictatorship — over free speech and other American values,” Hill wrote. “But strangely, that kind of outrage hasn’t been directed at the professional golfers, including the superstar Phil Mickelson, who plan to play at an event next month in another repressive country: Saudi Arabia.”

First of all, “notable Republicans” were far from alone in criticizing the NBA.

But fine: Mickelson and other golfers are going to play in Saudi Arabia. Aside from the fact that it sounds like a dreadful place for golf, so what?

No one ever criticized the NBA merely for having a presence in China. No one criticized the league for playing basketball there, marketing their products there, or even for having a business relationship with China’s genocidal dictatorship. Many American companies do such things in China. Many people have hoped (perhaps wrongly) that ties of trade and commerce would actually improve the situation in China.

So already, by drawing a comparison between the NBA and these golfers, Hill is misrepresenting the nature of the criticisms against the NBA.

To refresh her and others’ memories: The reason people criticized the NBA was that it censored and silenced league voices opposed to China and then trotted out coaches and players to take the side of the repressive regime against pro-democracy protesters in Hong Kong. Hill knows this. That is why her article is so intentionally vague on the details of the NBA scandal.

Hill quotes professional golfer Dustin Johnson disapprovingly for what he said last year about the murder of Jamal Khashoggi, “Obviously, that was a concern with our team. I’m going over there to play a sport I’m paid to play. It’s my job to play golf. Unfortunately, it’s in a part of the world where most people don’t agree with what happened, and I definitely don’t support anything like that. I’m going to play golf, not support them. I’m not a politician. I play golf.”

For Hill, this is a slam-dunk gotcha. “Had James or any other NBA player embraced money over moral responsibility as boldly as Johnson or Mickelson did, the castigation would have been severe and unrelenting,” she writes. “But the relative silence greeting these pro golfers’ decision to play in Saudi Arabia only proves just how fake and disingenuous the outrage directed at the NBA actually was.”

Now, if Phil Mickelson or Dustin Johnson had issued statements about how “the Saudis were right to kill Khashoggi” and that “Americans should stop criticizing Saudi Arabia because they just don’t understand the Saudis,” then Hill would have a point. But they didn’t say that.

In fact, with his tepid criticism of the Saudis and the murder of Khashoggi, Johnson showed more spine than any of the basketball players or coaches who came forward to help the NBA whitewash its China problem — including Steve Kerr, LeBron James, and Steph Curry, among others. Not one of them was willing to concede that there was an issue with the repression of protestors in Hong Kong. No one showed even that much courage when talking about China.

Hill’s attempts to parlay this into some kind of conservative double standard is not only nonsensical but also flat-out lazy. I understand why she would write it. I don’t understand why the Atlantic would publish it.

Curbing plastic pollution: It sucks to be a straw – Newsbug.info