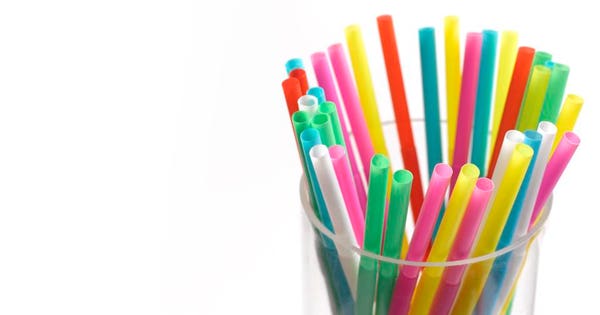 Beverage director Aaron Paul has transitioned most of the group’s restaurants away from plastic straws over the past year, including fine dining stalwart Coi, Aster, Kaya, and Besharam in San Francisco, along with Dyafa in Oakland. Plum Bar switches this month and Alta Adams will provide metal straws when they open in L.A. this fall.

“We’ve been feeling guilty about plastic straws for a while now,” Paul says. “For the last year or so, we have tried paper and reusable PVC straws, but the user experience with both were subpar so we finally switched to metal.” The group was concerned that customers might walk off with the eye-catching stainless steel straws, but Paul’s been pleased with retention. He credits proper messaging with customer acceptance. Paper straws are now reserved for to-go orders.

The group must front $1.25 to $2 per metal straw, a huge jump from 2-cent plastic straws, but Paul views them as an investment. “Because the metal straws last so much longer, it actually evens out,” he says. As a result, they haven’t needed to increase drink prices.

Houston Hospitality, a Los Angeles bar group from twin brothers Mark and Jonnie Houston, switched to paper straws at the end or 2017 at all 12 outlets, including hotspots like Harvard & Stone, La Descarga, and Pour Vous. “Now is the time to make a difference,” says Mark, who was inspired by Adrian Grenier, an actor friend who founded the Lonely Whale Foundation and Strawless Ocean initiative to combat the hundreds of millions of plastic straws used daily in the U.S. that endanger ocean life.

The brothers made the switch from plastic to paper straws in 2017, about the time they launched Black Rabbit Rose in Hollywood. Mark says, “We choose to make a difference.”

Houston Hospitality now pays 4 to 7 cents per paper straw, depending on the size, versus a tenth of a penny for a plastic straw. The brothers are willing to absorb the cost, mitigating expenses by not providing a straw with each drink, and only upon request.

In the case of bars, straws for takeout drinks aren’t a concern unless people are imbibing in places like New Orleans’s French Quarter or on the Las Vegas strip, where people are permitted to stroll with open containers of booze in hand.

Other business owners have become creative with plastic straw alternatives, switching to straws made of bamboo, plastic, even pasta (picture oversized bucatini).

Coffee bars go through a significant number of straws, and that segment of the culinary industry is clearly rethinking plastic. Even Starbucks has plans to phase out plastic straws at more than 28,000 stores worldwide by 2020, opting for a plastic lid with a built-in sipping valve. All iced drinks will incorporate this lid except for the Frappuccino, which for unclear reasons will still come with a plastic lid and compostable straw.

Policy changes sometimes have unforeseen consequences, and unfortunately, handicapped people haven’t been top of mind during many plastic straw ban discussions. San Francisco based writer Alice Wong wrote an Eater story about how people with certain disabilities (like hers), along with seniors and children, may require straws, and that they should still be available upon request. Otherwise, this single-use plastic bans have the potential to reek of ableism.

In Wong’s home city, Andytown Coffee Roasters co-founders Lauren Crabbe and husband Michael McCrorystill offer plastic straws to handicapped people who request them. Otherwise, they have switched to paper straws at all three locations and sell stainless steel straws for customers interested in repeat uses, which comes with a cleaning brush.

Boba has posed a unique challenge, since a much smaller selection of straws are large enough to accommodate tapioca balls that rest at the bottom of milk teas and fruit teas and require considerable suction to reach the surface.

Boba Guys is an increasingly popular San Francisco boba brand with outlets in Manhattan and Los Angeles that committed to developing a compostable alternative to plastic straws in a May blog post where co-founders Andrew Chau and Bin Chen addressed San Francisco’s impending plastic straw ban. The post reads, “We always think about the long game– one in which our society is sustainable and always pushing toward progress.” Compostable straws will increase prices “a tiny bit when it rolls out.” In the meantime, they’re unwilling to use “metal straws that’ll chip your tooth. And those paper ones that melt like the Wicked Witch of the West.” Yes, some people take issue with certain paper straws that can get soggy if submerged in liquid for an extended time period.

Statistics show that plastic straws are not the worst ocean contaminant, or even the most widespread plastic adrift at sea, but pollution has never been mutually exclusive. People still need to address errant plastic for the environment’s sake. Culinary professionals and customers must play key roles in any policy or practical changes, and until the U.S. grows an economy of scale that lowers the price of plastic alternatives, many owners are figuring out models that balance ethics with business.

From the ALS Underground: The Last (Plastic) Straw