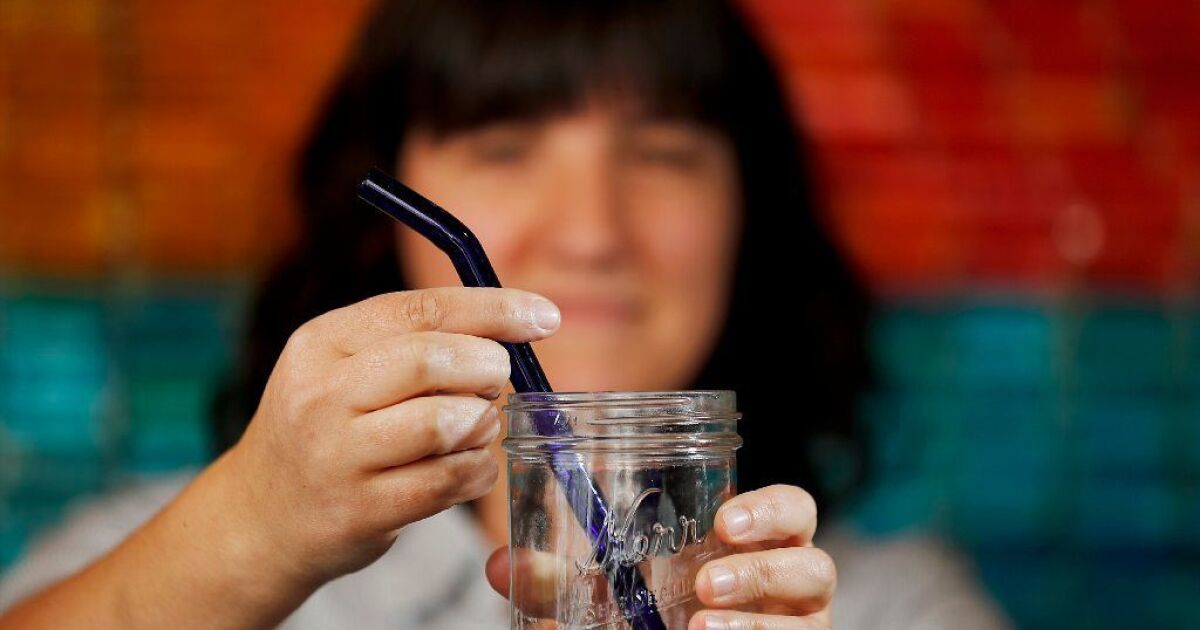 I was very sorry to hear about the British woman who died after impaling herself on a reusable metal drinking straw — and not just because it sounds like a terrible way to die. This single strange and horrible story has the potential to do further harm by whipping up fears over efforts to reduce single-use plastic.

Sixty-year-old Elena Struthers-Gardner fell in her Dorset home in southwest England on Nov. 22 while a carrying a “Kilner-style” cup with a stainless steel straw. The coroner’s report, which was released last week (hence the spate of news coverage), said the 10-inch reusable drinking straw pierced her eye and caused a traumatic brain injury. She died the next day.

Gruesome and awful, no doubt, but a cautionary tale about the “risk” of reusable straws? No.

Yet that’s exactly what the New York Times hinted last week in the story headlined “Fatal accident with metal straw highlights a risk.” C’mon. This is a classic freak accident, not one incident in a spate of straw-related deaths. She could have been walking around with a spoon in her mouth or sipping from a bottle of beer, both of which could potentially become fatal objects during a fall. If she had, though, it wouldn’t be much of a news story,
because no one is trying to regulate kitchen spoons or beer bottles.

But this story continues to have legs a week later because people are trying to limit disposable plastic straws, as well as all sorts of single-use plastic packaging that Americans discard every year. And thank heavens for that. Most of the unholy amount of plastic packaging that has been produced has not been, and never will be, recycled. And too much of it is ending up floating in the ocean and littering the land.

“Straws on request” laws affecting takeout food providers, such as the one passed by California last year, have spread across the globe. Though straws are a relatively small part of he plastic problem, the bans have been useful to call the public’s attention to the
problem of single-use plastic without causing too much inconvenience to the average customer.

And before I get an influx of email from folks saying straws aren’t just about convenience for disabled people, I’d like to point out that anti-straw laws such as California’s aren’t true bans. They just require that a customer ask for a straw before it is handed out. And there are also softer reusable alternatives that aren’t likely to cause much bodily harm in a fall, such as those made from flexible silicone.

I won’t say they can’t cause bodily harm, because virtually anything can if employed improperly. People have died from accidents involving underwear, toilets, toothpicks, feminine hygiene products and,
in one particularly gruesome incident, cold molasses. Even a disposable plastic straw can do serious damage. Just ask the biologists who extracted a straw that was lodged in the nostril of a sea turtle.

Yes, there might be the “danger” of a few chipped teeth resulting from laws that restrict single-use plastic. But the real threat to humanity is not restricting it and allowing the ever-growing flow of plastic grocery bags, water bottles, packaging film, snack wrappers, takeout cups and so much more to continue unabated.

Too many whales have literally choked to death on our discarded plastic trash, and that’s no freak accident.

Ditch the straw, save the earth – Advance Titan