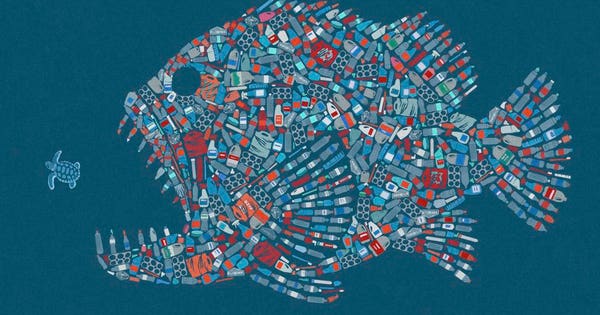 It started with the best of intentions. After learning about ocean plastic pollution and seeing a video of the sea turtle with a plastic straw painfully stuck in its nostril, my large food-service company decided to ban plastic straws. We congratulated ourselves. The sea turtles were saved! (Sort of.) Environmentalists congratulated us, too. There was a lot of news coverage. Did we think plastic pollution would be solved because we banned straws? Definitely not. But it was a step toward getting people to pay attention to this issue.

Then we learned something that cast a new light on our commitment: The decision we had so proudly made had unintentionally created a problem for people with disabilities who rely on plastic straws to drink and eat. In our excitement to do something good for sea turtles and ocean habitats — the whole planet, really — we had done something damaging to people.

Sometimes change-minded food-industry leaders are so focused on the big picture that we lose sight of the individual pixels. Take restaurants, businesses, and airlines who have chosen to go cashless, for instance. Going cashless can offer faster transaction times and better security than cash transactions. But as the move to go cashless has been embraced by businesses, many have learned that they’ve unintentionally created barriers for the nearly 30 percent of Americans that have either no or limited access to bank accounts. (About 30 percent of Americans also don’t have credit cards.)

It’s all left me wondering what a well-intentioned leader is supposed do. In order to lead we have to be nimble and willing to take risks. But taking risks often means consequences that we didn’t initially conceive of. In an ideal world, we’d avoid making new problems in the first place. But we also need to be equally nimble in finding a solution to the new problem(s) we’ve created. Now more than ever, business leaders need to proactively view the impacts of our decisions through the lens of inclusion —  and remember that sometimes it’s not immediately obvious who our decisions impact the most.

Here’s an example: On the surface, city bike share programs seem like they’re an easily accessible, environmentally friendly form of transportation. Win for the environment, win for people. Yet, due to funding needs (many bike share programs are nonprofits), city bike share docks are often set up in high-traffic tourist zones and affluent areas with lots of foot traffic, leaving those in lower-income residential neighborhoods out of luck. The City of Pittsburgh’s Healthy Ride bike share program figured out a better way to bike share. To ensure that the demographics of bike share users matched the demographics of the city, they created a program was designed to be accessible to anyone: it doesn’t require a credit card or a smartphone to join, and the cost of using a bike is close to that of a bus ride. The city also implemented a program that allows citizens to use their transit cards to use a bike for free for the first 15 minutes. And the program is growing: three years ago the city had 50 bike share stations, and now it has 175.

Just as it’s possible to be unintentionally destructive with our idealism, it’s possible to be both innovative and inclusive. It’s the duty of leaders to imagine the unintended consequences of our decisions and make strides toward inclusive decision making that accounts for all facets of the possible outcome.

In the case of banning straws, once we realized our mistake we consulted with disability advocates, including the writer of this op-ed, to help us rewrite our policy so as to maintain a reserve of plastic straws for people with disabilities and access issues. (Never be too proud to admit you made a mistake.) Would it have been better to avoid the misstep in the first place? Definitely. But I’m glad to have reached an inclusive solution, and the lessons learned from this experience will remind us to consider both the big picture and the pixels when we approach new policies in the future.

Help me out r/ecology. Need ideas for ecology lab experiments in urban area for non-science majors.